Plans have emerged to turn the former Anglesey Aluminium site into a wind turbine factory.

Smelting operations at the Holyhead metal plant, which was the largest employer in north Wales, ended in September last year.

A turbine company is now looking at the possibility of using the site as a factory, although Anglesey council stresses talks are at an early stage.
The plan would create “significant employment”, said the council.

Anglesey’s Head of Economic Development, Sasha Wynn Davies, said: “I can confirm that the county council, in partnership with both the Welsh Assembly Government and Anglesey Aluminium, are in talks with a turbine company.

“These talks, however, are at a very early stage. We will continue to work positively with our partners in order to attract this company to Anglesey.

“Turning the former smelter site into a hub for wind energy manufacturing would create significant employment and provide a huge boost for the economy.”

She said the project would complement plans to make Anglesey an “energy island” through a mixture of “renewables and nuclear”.

“Anglesey is very well placed given the potential for wind and tidal generation within the Irish Sea,” she said.
“This fits in with UK government policy for energy provision as well as the Welsh Assembly Government aspirations to reduce the nation’s carbon footprint.”
Welsh Secretary Peter Hain told the Daily Post newspaper there was a very good prospect of creating hundreds of jobs.

He said: “This is part of our vision for a green, low carbon economy. Renewable energy is proving to be the biggest source of inward investment.”
The loss of almost 400 jobs at Anglesey Aluminium, which opened 40 years ago, was a huge blow to the island.

Its history had been closely tied in to an energy deal with the nuclear power station at Wylfa on Anglesey.

But the station is to be decommissioned and there had been concerted efforts to secure the aluminium plant’s future.
Last month, the commercial director of a Cardiff renewable energy company, Darren Williams, told an assembly committee that Wales was missing out on the chance to create manufacturing jobs in green energy.

He said Wales was an unattractive place for green firms to invest and blamed a “slow and unpredictable planning process”.

The assembly government responded by saying it was committed to “making Wales a leading provider of green energy”. 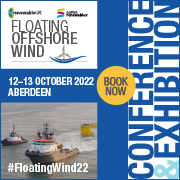