Five years ago today, in 2016, Britain’s electricity network operators joined forces to launch a three digit telephone number – 105 – to make it easier for their customers to contact them during a power cut and to report damage to power lines and other electricity infrastructure.

Electricity network companies are aware of the vital role they play in people’s daily lives and work all year-round to limit power cuts and minimise any disruption for customers. They are also committed to ensuring that if customers do have a power cut, they are able to receive up-to-date information, advice and support if necessary.

The launch of Power Cut? Call 105 was the culmination of a two-year collaboration between network companies the wider energy industry, government, regulators, telecoms providers and others.

In order to ensure that customers receive updates as quickly as possible, network companies also provide power cut tracking services online and have invested in improving their social media presence.

The focus on customer service is reflected in improvements to reliability. The number of power cuts has fallen by a fifth since 2015 while the average length of interruptions has fallen by 15% to just over 30 minutes. Britain’s local electricity networks have invested more than £730 million in improving the resilience and reliability of the power networks. This can be seen in customer satisfaction scores that average 9 out of 10 across the networks.

“While we have some of the safest and most reliable electricity networks in the world, it’s vital that customers receive important information and advice when they have a power cut or spot damage to the electricity networks. It’s great to see the Power Cut? Call 105 emergency number celebrating its fifth birthday with so many customers knowing where to turn when they need help.”

We are the voice of the networks

We represent the energy networks in the UK & Ireland.
Our members operate the wires and pipes which keep your energy flowing.

The wires and pipes are the arteries of our economy, delivering energy to over 30 million homes and businesses across the UK and Ireland. To do this safely and reliably, the businesses which run the networks employ 45,000 people (36,000 in Great Britain) and have invested more than £100 billion since privatisation. 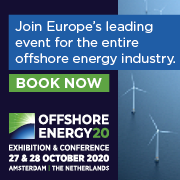