In the city of Moers near Duisburg, 120 project partners, customers and suppliers have inaugurated Germany ‘s largest photovoltaic plant using thin-film technology on a pitched roof.

24 March 2009. The system provider Solaxis GmbH and Solardach GmbH have jointly developed a solar power plant on the roof of Riedel Recycling.

The solar modules have a total output of 837 kilowatts. The latest addition to the Riedel family – Jamain Riedel -symbolically flipped the switch, putting the solar power plant in operation, at the official inauguration on 21 March. Afterwards, some 120 visitors celebrated a spring festival to the music of the Ruhr River Jazz Band, drove a hydraulic platform 30 metres high to the solar modules and took a close look at the inverters. Among the participants were – in addition to the project partners, customers and suppliers -bank representatives and the mayor of the city of Moers , Norbert Ballhaus.

More than 10,000 cadmium-telluride modules from First Solar cover the entire southern roof of the former coal mixing hall in Moers . “Thanks to the flexibility of our project range, we were able to ideally exploit the different roof pitches of 36, 55 and 75 degrees and hence to secure the maximum yield of the individual module fields”, explains Thoms. For this project, Sputnik’s engineers combined solar modules of the same inclination and connected them to four different SolarMax inverters with nominal outputs of 300 kilowatts (two devices), 100 kilowatts and 30 kilowatts.

About Sputnik Engineering AG
Sputnik Engineering AG was founded in 1991 by Christoph von Bergen and Philipp Müller. It focuses its activities exclusively on the development, sales and maintenance of inverters for grid-connected photovoltaic systems. With the SolarMax series, the company – headquartered in Biel , Switzerland – offers a highly diverse product range of string inverters for single family houses and central inverters for solar power plants. Thanks to its many years of experience and constant optimisation of its products, Sputnik has developed devices distinguished by their state-of-the-art technology, high quality, reliability, maximum yields and very good value for the money.

Sputnik Engineering currently has around 230 employees at its Swiss headquarters as well in the subsidiaries in Neuhausen (Germany ), Madrid (Spain ) and Milan (Italy ), and Paris ( France ). This year they will produce SolarMax string and central inverters with a total output of 420 megawatts. 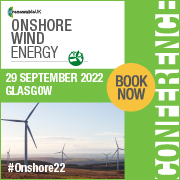