Ever since the Bremerhaven-based Rickmers shipyard (Rickmers Werft) was founded by Rickmer Clasen Rickmers in June 1834, his descendants have been active in the shipping industry, by now in the fifth generation.

R.C. Rickmers was born on the island of Heligoland. Following his apprenticeship as a shipwright he goes to sea to gain hands-on experience on board ship.
His parents and the parents of his teenage sweetheart Margaretha Reimers, called Etha, oppose a marriage. The young couple escapes to the mainland where the marriage ceremony is conducted by a priest in the village of Esens.

1831 R.C. Rickmers settles, together with his wife Etha, née Reimers, in the newly-established township of Bremerhaven. Having worked three years as a salaried shipwright, he sets up his own small wood ship-building shop in his own house.

During the 1840s, R.C. Rickmers becomes a shipowner.

1849 Official foundation of “Rickmers Rhederei”. Its trade mark from there onwards is the Heligoland flag with a white “R” in the middle.

1857 Inauguration of a new and larger shipyard situated at the Geestehelle of Geestemünde. It comprised living quarters for the employees and their families, a school, restaurants and a grocer’s shop.

The 1860s witnessed R.C. Rickmers’ initial activities as a rice trader. To provide a reliable cargo base for his own ships, he begins to purchase commodities for his own account. Rice from South-East Asia played an important part. It would be carried on board of Rickmers sailing ships to Europe and subsequently be sold to European rice mills.

1871 R.C. Rickmers is one of the founding members of Geestemünder Bank.

1878 The rice mill is being taken over by R.C. Rickmers and renamed Rickmers Reismühle.

1886 R.C. Rickmers passes away at Bremerhaven, leaving to this sons a shipowning, trading and shipbuilding group with world-wide activities.

Andreas Rickmers, born at Bremerhaven, serves his apprenticeship as a shipwright in his paternal company. With his brothers Peter Andreas Rickmers and Wilhelm Rickmers he consolidates the group by establishing the firm of Rickmers Reismühlen, Rhederei und Schiffbau AG which in later years will be referred to as Rickmers AG.

1854 Andreas Rickmers assumes managerial responsibilities in the shipyard and coordinates the shipowning side of the business.

1878 The rice mill having been completely taken over by his father, Andreas Rickmers streamlines the rice trading and milling activities.

1881 Andreas Rickmers on behalf of his father is involved in the negotiations leading up to the foundation of Deutsche Dampfschiffahrts-Gesellschaft HANSA.

1901 Andreas Rickmers takes part in the foundation of Reis- und Handels AG and is appointed Chairman of the Board.

1910 As a result of differences of opinion with his nephews, Andreas Rickmers leaves the company and sells all of his shares to the heirs of his brother, Peter Rickmers.

1924 Andreas Rickmers passes away at Bremen.

Peter Rickmers was born at Bremerhaven. Having completed a number of commercial traineeships, he takes up technical studies at the Technical University Hanover. Shortly after joining his father’s company, he assumes representative tasks. He becomes a member of the Geestemünde Chamber of Commerce, and he undertakes many business trips on behalf of his father.

1886 Following the decease of R.C.Rickmers, Peter Rickmers together with his brother Andreas converts the shipyard activities from being builders of wooden ships to builders of iron ships and steamers.

1889 “Helene Rickmers” is the first steamship of the company to be commissioned.

In the 1890s, Bremen-based Rickmers Reismühle ranks among the most important rice processing companies in Europe. Large Rickmers sailing ships regularly trade between Asia and Europe carrying rice for the Bremen mill.

1901 Rickmers AG starts the first-ever river steamship line under the German flag on the Upper Yangtse River in China.

1902 Peter Rickmers passes away at Bremerhaven.

Paul Rickmers, the son of Peter Rickmers, was born at Bremerhaven in 1873. Having completed his commercial training, he takes up work at Rickmers shipyard. His initial tasks include the supervision of the construction of iron ships being built abroad.

1898 Paul Rickmers is appointed an executive member of the Board of Rickmers Reismühlen, Rhederei und Schiffbau AG.

1904 He leaves the company as a result of disagreements over policy matters with his uncle, Andreas Rickmers.

1905 Paul Rickmers establishes a trading house in Hamburg under the name and style of Rickmers & Co.

1910 Paul Rickmers returns to Rickmers Reismühlen, Rhederei und Schiffbau AG and is appointed a director. When his uncle Andreas Rickmers leaves the company, Paul Rickmers takes over management of Rickmers AG. Under his auspices the company is given a new strategy, and shipowning activities are being expanded.

1917 Following extended quarrelling over his management style and his strategies, Paul Rickmers takes over all of his brothers’ and sisters’ shares which makes him the single proprietor of Rickmers Reismühlen, Rhederei und Schiffbau AG.

1920 He consolidates the various shipowning sectors under the name of Rickmers-Linie.

1924 Paul Rickmers shuts down Rickmers shipyard due to the lack of orders.

1937 He re-opens the shipyard to gain from the new demand for newbuildings.

1946 Paul Rickmers passes away at Clarens/Switzerland.

Their father having died, the three sons of Paul Rickmers jointly take over the management of the family group. Bertram Rickmers takes care of the reconstruction of the shipbuilding business while his brother Peter looks after the Hamburg-based Rickmers-Linie. He is joined by his brother Claus when the latter had completed his commercial training.

In the 1970s the yard wins several orders for the construction of specialised ferries. Rickmers Werft becomes a leader in Germany in the field of RoRo newbuildings.

During the 1960s and 1970s, Rickmers-Linie of Hamburg concentrates on the Far Eastern liner trade.

1974 Hapag-Lloyd AG, the result of the merger of Hapag and Norddeutscher Lloyd, purchases shares in Rickmers-Linie.

1988 Rickmers-Linie becomes a 100 percent subsidiary of Hapag-Lloyd AG. However, all ships of Rickmers-Linie continue to wear their traditional livery and keep their names.

1982 Bertram Rickmers leaves the Bremerhaven family group and sets up his own Hamburg-based shipbroking and shipowning business.

1996 Bertram Rickmers sells his shares in Nordcapital to his brother Erck.

2003 The brothers Bertram and Erck Rickmers jointly purchase the majority shareholding in the shipbroking firm of Harper Petersen & Co.

2004 Rickmers-Linie inaugurates the “Round-the-World Pearl String Service” which caters for the carriage of generals, heavy lifts and project cargo.

2007 the Rickmers Group under Bertram Rickmers launches the Rickmers Maritime Trust, listed at the Singapore stock exchange. The Group holds 33.1 percent of the equity and is the Trust’s major shareholder.

2001 Erck Rickmers purchases a stake in the private equity company, ‘equitrust AG’, and becomes sole proprietor in 2008. The company is in the business of direct investments and also manages the private equity funds of Nordcapital.

2003 The brothers Bertram and Erck Rickmers jointly purchase the majority shareholding in the shipbroking firm of Harper Petersen & Co.

2006 The E.R. Schiffahrt shipping company expands its sphere of activities by launching E.R. Offshore, specialising in supply ships for the oil exploration industry.

2007 The shipping company originally focused on containerships further diversifies by taking an active interest in the offshore supply and bulk shipping sectors. 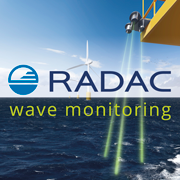