The EU was marginalised at Copenhagen. As a consequence, the Copenhagen Accord neither conceptually nor substantively reflected the EU’s original negotiating position. Joseph Curtin of the IIEA believes that this failure must lead to a re-evaluation of its modus operandi in international negotiations if Europe wishes to match its rhetoric of leadership on climate protection with real influence. After all, the countdown to the Mexico COP in 2011 has already begun…

The great European projects of the 20th Century – securing lasting peace and prosperity within the EU – have been accomplished to a large extent. It is the EU’s ability to deliver for Europeans on international issues – climate, energy security and trade – which will command increasing public support. European leaders therefore see defending the continent’s interest on the global stage as particular for the EU in the 21st century.

Nation states acting unilaterally cannot resolve these global challenges. This is particularly true of climate protection, which is best seen as a global public good, the provision of which poses classic collective action difficulties. There will always be strong incentives for some to “free ride” on the efforts of others, though all countries would be better off if they behaved in a co-operative manner. This leads to the well-known “tragedy of the commons”. There is a strong rationale for a central EU role given its experience in engendering mutually beneficial co-operation between sovereign states. Climate change, it is argued, can be addressed using the same approach on the global stage that was successful within the EU: agreement of legally binding international treaties; pooling of sovereignty in proscribed areas; establishment of supranational institutions, rule of law; economic solidarity between states; the importance of human rights etc.

This outlook was articulated clearly by Commission President José Manuel Barroso when he stated: “This is the great European narrative for the 21st Century. We have created a new and better European political order. Now we must use this experience to create a new and better global order.”

The emergence of these leadership ambitions can be traced back to the early 1990s when the EU played a central role in the establishment of the UN Framework Convention on Climate Change (UNFCCC) and implemented its first efforts to control emissions. In 1996 the EU adopted the two degree target for global mean average temperature increase as well as playing a 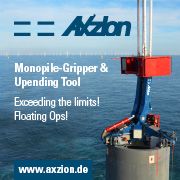