In his new role, Paul will be responsible for working on policy and regulation including delivering efficient, secure, Net Zero networks through the RIIO price control process.

Paul has 25 years of experience in the industry on commercial and regulatory matters across transmission and distribution, most recently leading on the development of SP Energy Networks’ whole system strategy for its RIIO-ED2 business plan.

“I’m delighted Paul has joined the team especially at such an important time for the industry. With a focus on markets and regulation, he’ll play a vital role in helping the networks to deliver an ever more decentralised, digitalised and decarbonised energy system.”

We are the voice of the networks

We represent the energy networks in the UK & Ireland.
Our members operate the wires and pipes which keep your energy flowing.

The wires and pipes are the arteries of our economy, delivering energy to over 30 million homes and businesses across the UK and Ireland. To do this safely and reliably, the businesses which run the networks employ 45,000 people (36,000 in Great Britain) and have invested more than £100 billion since privatisation. 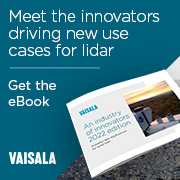 The Climate Change Committee today (December 7) published its Progress Report for 2022 and also its first five-yearly review of Scottish Emissions Targets. Responding, Morag Watson, Director of Policy at Scottish Renewables, said: “The Climate Change Committee is right to highlight the need to accelerate our transition to net-zero and for The Scottish Government to… Read more »

Vattenfall’s Head of UK Onshore Development, Frank Elsworth, said: “If this is a genuine move which will put onshore wind on a level playing field with other infrastructure in England, it will send a very positive signal that the Government is serious about harnessing the benefits which onshore development can unleash for the environment ,… Read more »

Apricum, the transaction and advisory firm specialized in clean technologies, acted as the exclusive sell-side M&A financial advisor to depsys for its M&A transaction with Octopus Energy Group’s Kraken. The resulting acquisition of depsys and its GridEye solution is expected to help drive the global renewable energy transition by accelerating the penetration of digital energy… Read more »

New features for the Fronius Wattpilot

Solar Energy is the Hottest Trend this Coming Winter