An estimated four million1 UK homes are currently living in fuel poverty2. With the full financial fallout of COVID-19 not yet known, this figure is undoubtably set to rise as households face soaring energy use and severe job losses. It is this worrying outlook that has prompted People’s Energy, the UK’s first Community Interest Company (CIC) energy supplier, to launch its ‘end fuel poverty’ campaign starting with its first ever national TV advert, fronted by ex-rugby player Gareth Thomas.

Eradicating fuel poverty is the powerful message at the forefront of the advert with Thomas urging audiences through the call to action; “let’s make it happen”. It sees Thomas deliver a rousing speech to camera while walking through a field of lamps, representing households joining the movement. The ad is part of People’s Energy’s ongoing commitment to ensure affordable energy is accessible to all. It follows the brand’s first council partnership last month which offers a discounted variable and fixed tariff to East Lothian residents.

As the UK’s first energy supplier registered as a Community Interest Company, People’s Energy is committed to helping individuals, families and households on low incomes, especially those on pre-payment meters, access fairly priced energy. It has pledged to prioritise the welfare of its communities above profits, including a commitment to return 75% of its profits to its customers in the coming years.

Karin Sode, co-founder of People’s Energy said: “The fallout from COVID-19 sees us all in unchartered territory. For those four million households already living in fuel poverty, the worry of a winter in lockdown is very real, with the need for greater energy use and the threat of looming job cuts and redundancies when the furlough scheme ends next month. Fuel is a basic human right and people should not have to choose between feeding their family or keeping the heating on.  Working with Gareth on this campaign has been wonderful and his passion and enthusiasm to help our mission has been inspiring. With his help, we hope to show that by choosing People’s Energy, members are joining an energy supplier that puts people before profits. An energy supplier that is committed to fighting to end fuel poverty.”

Talking about his involvement in the campaign, Gareth Thomas said: “When I was first approached by People’s Energy, I admit I didn’t fully understand the magnitude of the fuel poverty problem in the UK. Now that I know more, I can honestly say I’m horrified by the scale of the issue. More than 12% of all UK homes are in fuel poverty. That’s a shocking statistic and one we must all work together to reduce. Whether that’s by raising awareness or donating to a fuel poverty charity, we can make it happen.  I was honoured to be part of the new campaign and admire the work People’s Energy are doing to help end fuel poverty.”

People’s Energy Company puts people and the planet first. Founded by husband and wife team David Pike and Karin Sode in 2017 after they became frustrated with the lack of transparent and trusted energy suppliers on the market. Just three years in, People’s Energy boasts some of the best rates on the market and already supplies more than 225,000 customers. 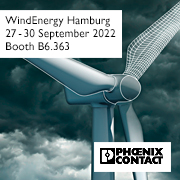 Balance Power today announces it has won an appeal on a 50MW battery storage project in Wolverhampton West, on the edge of South Staffordshire. The battery storage project was approved on appeal after an inspector found that the environmental benefits provided special circumstances for being located in the Green Belt, and directly align with national efforts to decarbonise… Read more »

The Board of Directors therefore proposes an ordinary capital increase to its shareholders to be resolved upon on an Extraordinary Shareholders’ Meeting convened for October 28, 2022, in Thun, Switzerland. The imperative to decarbonize the global energy supply has recently been augmented by a global energy crisis, most acutely in Europe. Solar and wind energy… Read more »

RP Global today revealed its new brand outlook and launched its new website. RP Global is a large-scale developer with 35+ years of experience in the renewable energy sector. Its new brand colours, blue and green, have been selected to represent not only stability, but also the sustainable energy RP Global generates throughout its operations…. Read more »

Ventus Group has launched TripleCMAS, a product that converts the rotor and swept area into a condition monitoring and alarm system. Launched on a global scale simultaneously at Wind Energy Hamburg in Europe and at the Renewable Energy India Expo 2022, TripleCMAS offers a new way of improving asset health and performance management thanks to… Read more »

Vigilance on Food Fraud Needed in Light of CO2 Scarcity